Steve was a proud graduate of Pennsboro High School with the class of 1981 where he played football and basketball.  Following high school, Steve entered the workforce for Ken Mac of Pennsboro, WV.  He then worked for Hall’s Reclamation and for BF Goodwrench of Marietta, OH.  Steve was currently working for Allnex of Willow Island, WV where he has served as a logistics operator since 1988.

Steve shared a great passion for photography which led to the creation of Davis Brothers Photography.  In addition, Steve has been employed by the Pennsboro News for many years as their photographer for numerous special occasions and sporting events.  As a longtime supporter of Ritchie County Athletics,  Steve’s passion for photography helped show his support to all the teams over the years.

Steve was very involved in his community.  He served as a former member of the Pennsboro Vol. Fire Dept, served as former league president and coach for Little Cardinal Basketball,  served as coach for Ritchie County Little League, very involved in Ritchie County Athletic Boosters and the Ritchie County Football Sideliners Club, was a current member of the Pennsboro United Methodist Church where he served on the church council and as a trustee, he was currently serving as a city councilman for the City of Pennsboro where he served also on the Pennsboro Industrial Park Board and the Tracy Lake Park Board, was a former board member for the Pennsboro Speedway, was involved with the WV Racing Heritage Days, member of Harmony Lodge #59 of Pennsboro, WV, served as a high school basketball referee, Little League umpire, and helped organize and take photos for the Pennsboro Alumni Golf Tournament for the past 20 years.

Funeral services will be 1pm, Wednesday, September 22, 2021 at the Sullivan Gymnasium ofPenns

boro, WV with Pastors Anna Efaw, Rev. Jamie Tallman, and Robert Riggs officiating.  Burial will follow in the Mt. Harmony Cemetery of Pennsboro, WV.  Visitation will be from 4pm-8pm on Tuesday also at the Sullivan Gymnasium.  McCullough-Rogers Funeral Home of Pennsboro, WV is assisting the family with the arrangements.

In lieu of flowers, the family requests that donations be made to either the Ritchie County Rebel Baseball Team, c/o RCHS Athletics/Baseball, 201 Ritchie County School Road, Ellenboro, WV 26346 or to the Pennsboro United Methodist Church, 601 Main Street, Pennsboro, WV, 26415.

Norma Jane Brosnan, 97, of Salem, WV passed away on Monday, September 13, 2021 at her residence with family by her side. She was born November 23, 1923 in Niagara Falls, NY, the daughter of the late Charles E and Daisy Maude Van Luven Balcom.

Norma worked as a secretary for the Niagara Falls Gas Company for many years. She enjoyed reading, working puzzles and watching the birds.

Caroline Elizabeth Hoalcraft, 72 of West Union departed this life on Monday, September 13, 2021 in Mountainview Care Center, Ripley.  She was born on November 22, 1948 in Doddridge County a daughter of the late Loman and Lucille Swicker Hoalcraft.

At her request she was cremated and there will be no services.  Expressions of sympathy may be extended to the family at www.spurgeonfunerals.com.  Spurgeon Funeral Home is privileged to serve the Hoalcraft family.

Charles “Randy” Randall McClung, 80, of Nutter Fort, passed away on September 16, 2021 at his residence after a battle with liver cancer. Randy was born on May 6, 1941 in Lost Creek, son of the late Lymon Fay and Hazel Pearl Furbee McClung. Randy graduated Salem High School and attended Salem College. He served his country in the United States Air Force. He was an HVAC Technician for many years. Randy was a great husband, dad, grandfather and great grandfather and will be missed. Randy is survived by his wife, Roberta Louise Gatrell McClung; his son, Thomas Bradley McClung and his wife Kimberly Jo, Mt Sterling, KY; two grandsons, Thomas Bradley McClung Jr. and wife Jennifer, Travis Justin McClung and wife Rashia; five great grandchildren, Gabriel, Payden, Charlie, Adelynn, and Connor; two brothers, Russell Fay McClung and Robert Lynn McClung and wife Debby, all of Salem; several nieces and nephews. In addition to his parents, Randy was preceded in death by one brother, Richard Arlen McClung. Online condolences may be sent at www.affordablefuneralandcremationcenter.com. Affordable Funeral and Cremation Center in Nutter Fort is handling the Cremation and honored to serve the McClung family.

Jim graduated from Bridgeport High School in 1980 and had training as an Emergency Medical Technician (EMT).  During his youth, he served as both an EMT and volunteer fire fighter in the town of Anmoore, where he grew up.  Later, he worked for a number of years at the Louie Glass Plant in Weston.

Jim grew up surrounded by a family with a strong Spanish heritage, which enabled him to learn the language at a young age.  And, while he admitted that he could no longer speak Spanish fluently, he would often joke – he could always understand if someone was talking about him.

Jim had an amazing, God-given talent for art and loved to draw.  He also loved to cook – turning

random ingredients into a wonderful meal, like his grandmother Etelbina.  He was kind, so kind – and very giving.  He never knew a stranger.

Jim is survived by his daughter, Brittani Grogg, her two children (his grandchildren) – James Kayden (JK) Gregory & Briella Grace Montgomery (whom he called Bella); his son, TJ Jenkins; and his stepdaughter, Amanda Baldwin.  He is also survived by his brother, Steve Grogg (wife Debbie); his sister, Annie Allen – with whom he was very close; special nieces and nephews – Shayla Riddle, Melissa Farnsworth-Hurst, Eddie Farnsworth, & Gary Farnsworth; special cousins – Sharon Flanery, Carol Lafferty, & Anthony Ovies; as well as several additional nieces, nephews & cousins.  He will be greatly missed by all who loved him.

In addition to his parents, James was preceded in death by his brother, Russell Grogg, and grandmother, Etelbina Ovies.

Online condolences can be made at DavisFuneralHomeWV.com. Davis Funeral Home is honored to assist the Grogg Family.

Ricky Blaine Winemiller, 59 of West Union passed away on Monday, September 13, 2021 at his residence. He was born April 17, 1962 in Massillon, OH, son of the late Bethel Winemiller and Opal Underwood Winemiller Hartel.

Ricky owned Big Ricks Cycle Shack in Oxford, WV and was also a well tender. Ricky enjoyed riding his Harley Davidson, going on poker runs and hanging with his buddies.

In addition to his parents, Ricky is preceded in death by one grandson, Edwin Paul Arnott.

In lieu of flower, donations can be made to the funeral care fund.

Davis Funeral Home and Crematory Salem is handling the cremation and honored to serve the Winemiller family.   Online condolences may be sent to www.davisfuneralhomesalemwv.com

Lynette Hooton, 74, of Clarksburg passed away at her residence on Tuesday, September 14, 2021. She was born on September 7, 1947 in Clarksburg, the daugher of the late Kenneth Eugene and Lila Lee Simpson Burnside. Lynette is survived by her three children. Tonia Colette Shedd and husband Joey, McDonough, GA, Brian Eric Hooton and wife Teresa, Northview, and Travis Lane Hooton, Clarksburg; grandchildren and great grandchildren, Andrew Costello and wife Gracie and children, Joshua, Lila, and Alice, Allen Costello and children, Isabella, Landon, and Brantley, Ashley Hooton and her children, Xavier and Delaney, Garrett Hooton, Zachary Hooton and his children, Christian and Elijah, Lexus Gaines and her husband Shaine their son Sylas, and Jenna Hooton; one sister, Katrina Sutton and husband Gary, Salem; as well as three nieces, Derika, Mercedez, and Paizley Sutton. In addition to her parents, Lynette was preceded in death by one son, Charles Kenneth Hooton; one nephew, Damon Sutton. Lynette was an Optical Technician at Pearl Vision for many years and also a caregiver to many. Lynette was quite the lady. She always had her hair and make-up done, along with a stylish outfit. She always looked her best. She was funny, kind and thoughtful. She had a quick wit, loved telling jokes and pulling pranks. Lynette made the best chili and pineapple upside down cake. She loved watching “The Golden Girls”, Blanche being her favorite. But those who knew Lynette, knew she was just like Sophia with all her stories. She loved watching the Hallmark channel and listening to her oldies music and watching old concerts. Lynette loved music by Elvis, Alabama, Ronnie McDowell and Stevie Nicks. Her all-time favorite song was Kung Fu Fighting. There was never a road trip where that song wasn’t played multiple times. She loved connecting with relatives and friends from school on Facebook, looking at photos and catching up. Lynette found happiness spending time with her family, playing Candy Crush, putting together jigsaw puzzles, eating banana splits from Toni’s, and playing with her beloved cat Ozzy. Lynette will be greatly missed.  Family will receive friends at Davis Funeral Home, 124 Olen Thomas Drive, Clarksburg, WV 26301, on Saturday, September 18, 2021 from 3:00pm until time of service at 7:00 pm with Pastor Denver Burnside officiating. A private interment will be at Salem I.O.O.F. Cemetery. Online condolences can be made on www.DavisFuneralHomeWV.com. Davis Funeral Home is honored to assist the Hooton Family.

Richard Gordon Crouser Sr., 76 of Salem departed this life on Tuesday, September 14, 2021 in his home surrounded by his loving family.  He was born on August 3, 1945 at Jarvisville a son on the late Amos and Lillian Devericks Davis.  On October 29, 1963 he married Sherry Kelley Crouser who preceded him in death on March 30, 2012.

Mr. Crouser was a retired heavy equipment operator and was a member of Local Union 132 Clarksburg.  He enjoyed hunting, riding motorcycles and was an avid NASCAR fan following Dale Earnhardt Sr.  Richard enjoyed spending time with his family.

At his request he was cremated and there will be no services.  Expressions of sympathy may be extended to the family at www.harbertfuneralhome.com.  Harbert Funeral Home is privileged to serve the Crouser family.

With profound sadness, we announce the passing of Linda, our loving and devoted mother, grandmother, and friend to all whose lives she touched, on September 18, 2021.

She left peacefully at Ohio State University Hospital with family by her side.  She was in her 83rd year.  Long-time friends and family affectionately called her “Linda Lou.”

Linda lived her full life as a wonderful wife to Glenn, homemaker, and secretary at Doddridge County High School until her retirement.

Linda treasured her family and embraced each moment with them.  She is survived by daughter, Tammy Kerns, daughter and husband, Becky and Galen Ash, son and wife, Terry and Melinda Jones.  She was blessed with six grandchildren, Amanda and husband Scott Camp, Courtney and husband Jerod Richards, Curtis and wife Shaylyn Ash, Cody and wife Shala Ash, Austin and wife Jillian Jones, and Quintin and wife Tabitha Jones; nine great grandchildren, Halle, Kolson, Kaien, Luke, Easton, Bowen, Carder, Mila, Jaylen, and precious Jordyn who will be born in November; brother in law and wife, Kenneth and Linda Grose, sister in law and husband, Helen and Jim Griffith, nieces and nephews.

Above all, Linda was a Christian woman and long-time member of the Pennsboro Church of Christ.  She loved God and her church family so much.

Linda felt most at home in the kitchen.  Her talent for country cooking and baking was unmatched.  Her homemade bread, pepperoni rolls, cinnamon rolls, pumpkin pies, and gravy will long be remembered.  She enjoyed sharing her specialties with others.

The legacy of her love and perseverance will continue on in our hearts.  The ways in which she touched our lives will remain.

Family and friends are invited to attend visiting hours on Wednesday, September 22, 2021 from 4pm-8pm at the McCullough-Rogers Funeral Home, Pennsboro, WV.  A funeral service will be conducted at the funeral home on Thursday at 10:30am with Evang. Ed Melott officiating.

Linda has left beautiful memories with all of us. 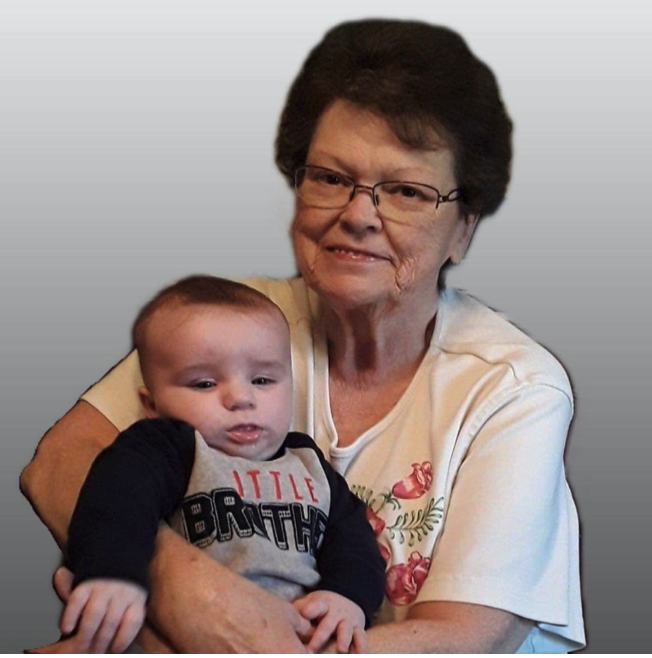 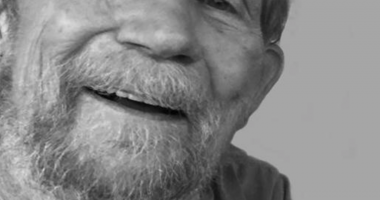 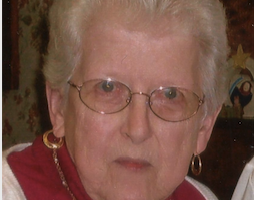 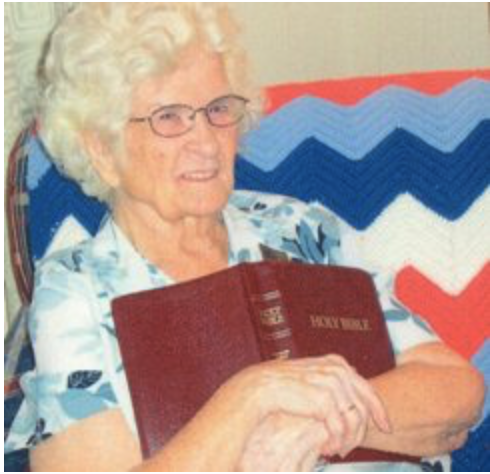