I wonder how many Biden voters have become “WOKE”?

I mean, have they been awakened to the truth?

Biden is mandating the vaccine for everyone. Pressure to be applied to anyone associated with the federal government even through their employers.

The Democrats should change their name to “The Force” because the truth is “The Force” is with you whether you want it or not.

Get the vaccine!!! Or lose your job! The job loss would be good for Joe’s economy and jobs numbers.

The big guy has accomplished only one thing, negative for him, positive for us.

He accomplished UNITY!!! Everyone dislikes him or worse.

I heard that and fell apart with the joy of knowing his ignorance of his negative popularity. His poll numbers tank daily.

He is a train wreck. And ironically he is oblivious to the polls.

The covid vaccine is the only trick in the arsenal. It is a distraction from him 8 months of failings.

1, The shutdown of the pipeline. All hail King Biden.

2, The lawsuits from the contractors suing because of breach of contract for the unfinished southern border wall. All hail King Biden.

4, His lies to the United Auto Workers about taking the AR 15s and AK 47 privately owned. All hail King Biden.

This is an exercise in control and diversion. September 9, 2021 Biden dumped more mandates on us through our employers!

That’s not his blinking job!!! All hail King Biden.

It seems to me that if the fourteenth amendment can be used by congress to protect the right of a woman to have an abortion against Texas, why can’t they leave the second amendment to be followed as well.

The constitution does not guarantee the right of abortion but the right to choose.

The second amendment guarantees “the right to keep and bear arms and shall not be infringed”. But that one is under fire by the left. The government should not pick and choose which part of the constitution they want to use. Use it all.

We don’t get to pick and choose our rights they do!

Covid is all he has to play with because everything he touches turns to garbage!

He is the anti Midas.

I hear his voice or see his face I change the channel.

All hail King Biden. May the farce be with you!

Because he is such a failure, he is inflicting his will on the population.

Pelosi and her ilk impeached Trump for a lot less than this guy is guilty of committing. “This is not a matter of choice or freedom” said Joe Biden.

Joe you need to study the Fourteenth amendment. And you work for the CITIZENS.

I don’t care what you think.

It’s not very mathematical, but it paints a picture.

If Biden thinks his patience has worn thin, have that fool talk to me directly.

I intend to remain free, independent, patriotic and conservative.

If Joe Biden and the Wicked Witch of the west doesn’t like it, in the immortal words of Flora Jean Castleberry, “KISS… MY GRITS!!!!”

NOW, WOULD YOU STILL VOTE FOR THIS FOOL??

He should be ashamed of his lack of leadership, common sense, ability to see his failing and limitations. He won’t. He is a legend in his own mind.

Ladies and gentlemen who wear the uniforms of the military, police, first responders and medical professionals. Thank you as always.

You deserve our thanks and respect. 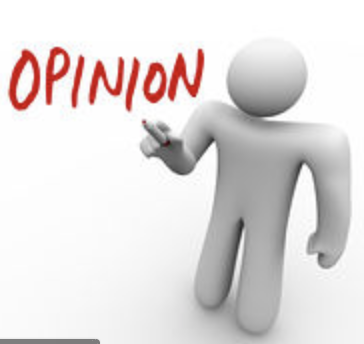 Dear Editor,    During the week of the inauguration preparation, a request…
“Let’s not stifle the dreams of young girls by forcing them to…