He was born October 26, 1940 in Wilmington, DE, son of the late Frank Waldo Race Sr and Dorothea Richardson Race.

Frank served his country in the United States Navy. He was an electrician his entire life working with his dad up to having his own business and working for the Local Electrical Union out of Las Vegas, NV. He enjoyed shooting pool with Dave and had his pilot’s license and enjoyed scuba diving and was also an instructor.

He is survived by his wife Donna Kay Zilmer Race whom he married on July 20, 1985; two daughters, Lori Clardy and Donnie, Linda Richards and Orville, all of High Springs, FL; several grandchildren and great grandchildren; brothers, Charles and Robert; sister, Deborah; several nieces and nephews. In addition to his parents, Frank was preceded in death by sister, “Jo”; stepson, Scott Keith Smith.

Davis Funeral Home and Crematory Salem is handling the cremation and honored to serve the Race family. Online condolences may be sent to www.davisfuneralhomesalemwv.com. 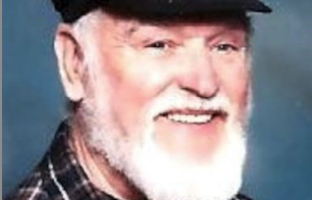 Ezra “Butch” Walton, 69, of Greenwood, WV, departed this life on…